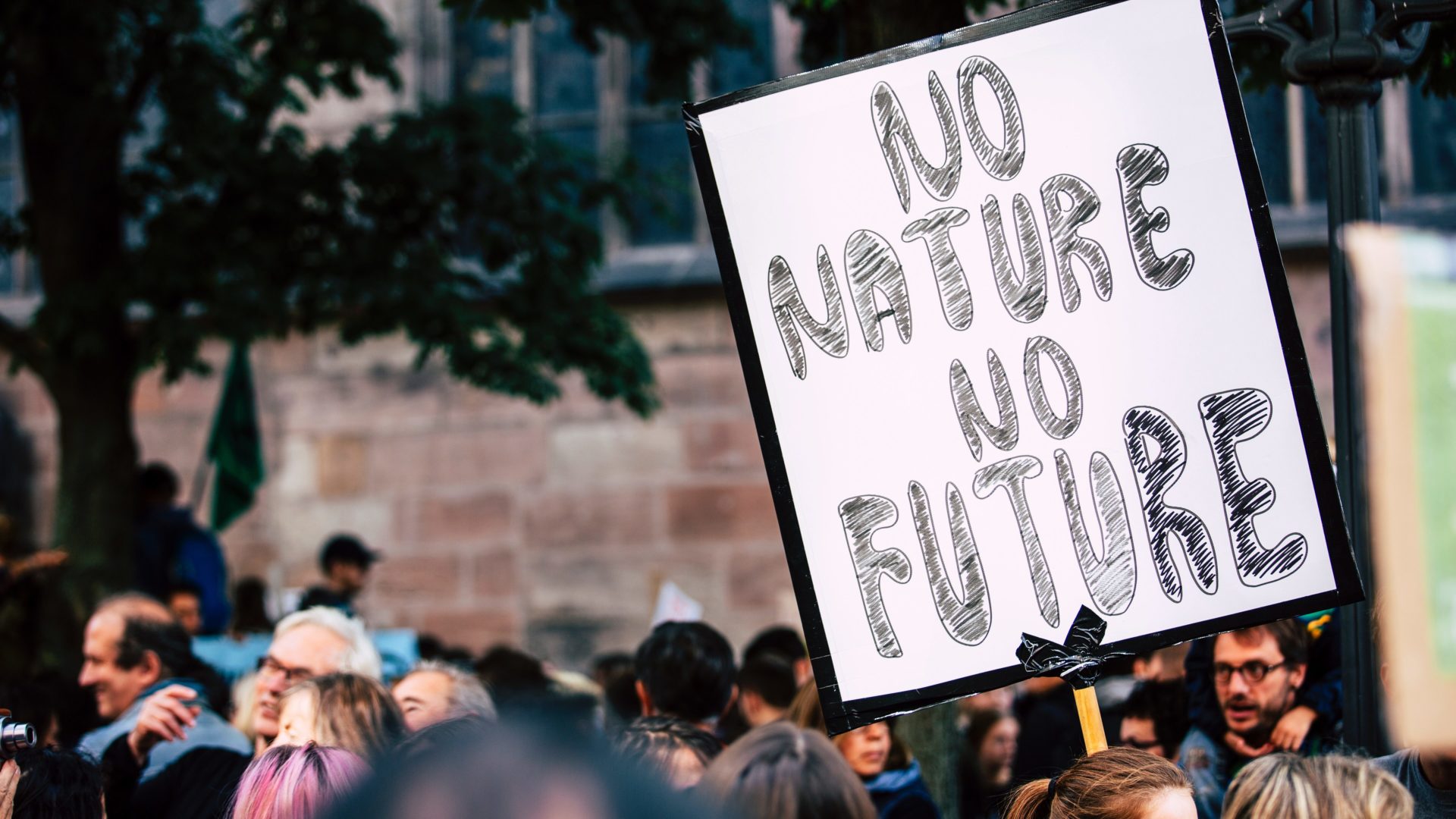 A blog by Helen Gowans, Public and Community Engagement Manager at the Ocean Conservation Trust, and our charity initiatives such as #thinkocean and the National Marine Aquarium.

For me COP26 was a new take on Climate Change. I’d always engaged with it through individual action – my own individual action and the actions of the OCT’s audience. I’d never really engaged with high-level policy and commitment making when it comes to Climate Change. This has been less about my interest in it and more about my own ability to influence policy making.

From the moment we stepped into the Blue Zone at COP26 there was a buzz of excitement and anticipation. The two days I attended were focused on Youth and Public Engagement, and Ocean Action. I was excited to see how young people were being involved in the negotiations and how the Ocean is seen by negotiators in the fight against Climate Change.

During my time at COP26 I really felt my position as an NGO employee, almost a neutral party, invited to observe but not contribute. This isn’t necessarily a negative thing, it allowed me to see the two extremes of COP26 and recognise the disconnection between the two. Whilst in the Blue Zone everything felt positive, it really felt like there was no longer in a room full of climate deniers that needed convincing, and everything seemed to be centred around positive commitments. I came away from each event feeling positive about the direction of COP26 and inspired to take more action myself though my work at the OCT.

Once outside of the bubble of the Blue Zone however, I was brought back down to earth a bit and almost re-joined ‘my people’ who were out on the streets demanding action and not seeing that reflected in the negotiations.

Friday 5th November was headlined as Youth and Public Engagement Day at COP26, and I started my day attending an intergenerational enquiry: Youth stepping up for Climate Action. During this event, it became clear that young people from across the globe all felt the same – left out of the conversations, or only invited as a token gesture or photo opportunity. These young people were some of the most inspiring people who spoke at COP26. Hearing these passionate young people talk about Climate Action made me really question why they weren’t invited into the main negotiations; I was after all at a side event and as far as I could see there were no presidents or ministers present.

During the Friday I also attended the Ocean Action Ministerial Event. Here I heard first-hand from ministers across UN countries about their ambitious (word used cautiously here) steps towards ocean health and resilience. The keynote speaker Sylvia Earle set the scene around the living ocean that underpins our lives on earth, emphasising the scale of the threat to the ocean and the need for urgent climate action and ocean action. I was blow away by smaller countries, such as Seychelles, Indonesia and Belize, commitments to extend MPAs, rehabilitate 600,000 hectares of mangroves and more. While small countries were talking percentage of Ocean protected and nature-based solutions, counties like the UK and US talked money. How much money they were putting into different initiatives, with no real description of what that would result in. This event was a balancing act of emotions, once again this was a side event and ocean action should be at the forefront of climate action. Climate action is Ocean action. The ocean is part of the response to climate change. Perhaps these smaller counties that are already feeling the effects of Climate Change have a greater realisation of this than larger countries.

There was a mixture of panellist, from well spoken and convincing ministers and influential people (Sylvia Earle was a particular stand out for me), to the less inspiring. I hate to say it as I would class myself as a scientist, but hearing scientists talk about their work in an unengaging and sometimes unenthusiastic way showed me just how important the role of the OCT is. There needs to be someone in the room to translate science into something engaging and exciting, this might then bridge the gap between science, policy, and action.

One of the more inspiring events and the last event I attended was delivered by Massive Attack and the manager of a football club. These two people had gone beyond waiting for policy change and found a way to create a huge impact within their own industry. Looking at the Energy they consume, the transport they use and food they serve, they have now created a roadmap for other professionals within this industry to create mass change. This road map focuses on real action to reduce greenhouse gas emissions rather than relying on carbon offsetting.

There is a lot still to be done on a global scale if we are going to reach the 1.5oC target. This year’s COP has felt like a step in the right direction, and I remain full of excitement and anticipation. To become more of a success, I feel that there needs to be more representation in the room, more young people, more women, more representative from small countries, and they need to be listened to. I continue to be surprised that Ocean is seen as an add on event when the Ocean literally drives the climate. Ocean should be weaved into all the negotiations.

Moving forward, I will continue to do my bit in reducing my own carbon footprint. Going a step further, and taking inspiration from the final talk, I am going to see what I can do within my own industry to make a real difference.

2. Secondly, through the connect the dots campaign, climate change will be integrated into our programmes here at the OCT. The Ocean is a hero and is one of the key solutions to combat the problems of our changing climate.

3. Thirdly, I will become more of a driving force for change within our organisation. Making sure that steps are made (large and small) to make sure everything we do is driving towards a more positive world for all.