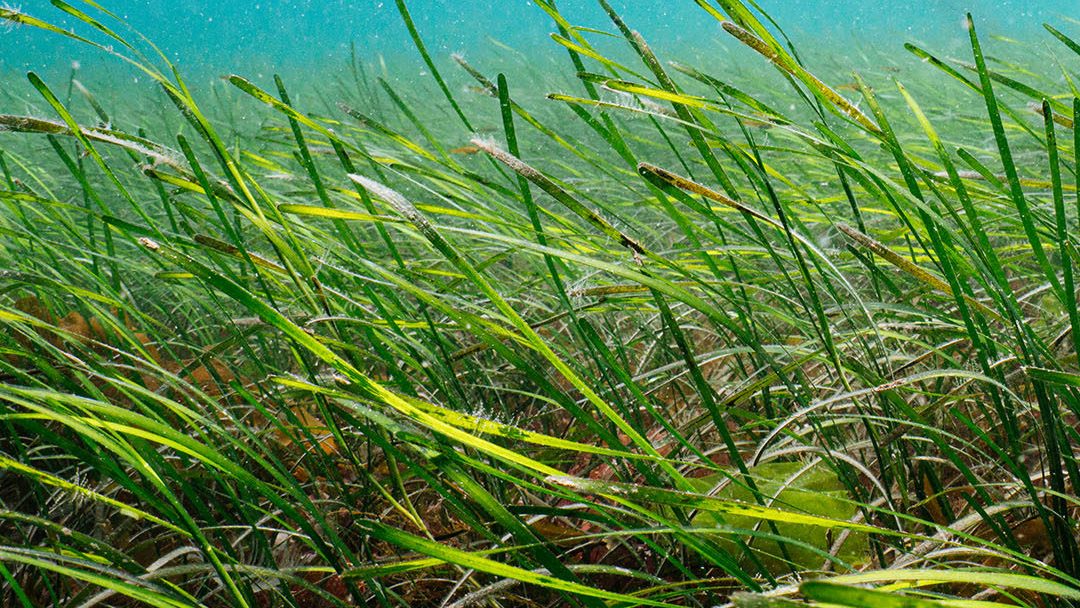 In September, all of the seagrass seeds that have been growing in our cultivation laboratory were planted into Jennycliff Bay, one of our restoration sites. Our seagrass team, supported by an 8 person dive team, deployed 160 seagrass pillows, which brings the total coverage of seagrass pillows in September to 2,300 square metres!

Whilst the team were diving they managed to check out the pillows they had previously deployed in June. The lack of cotton and the hessian melting in to the seabed shows that healthy plantlets are still growing which is fantastic news! Ecosystems have started to form on the pillows, with crabs, sea squirts and different fish species being spotted by our dive team.

Over the next few months, we will start re-planting the cultivation laboratory, so we can start the whole process again!

This is part of the EU LIFE Recreation ReMEDIES project, a four-year project which aims to plant a total of eight hectares of seagrass meadows, in the Solent Maritime Special Area of Conservation and in Plymouth Sound National Marine Park.