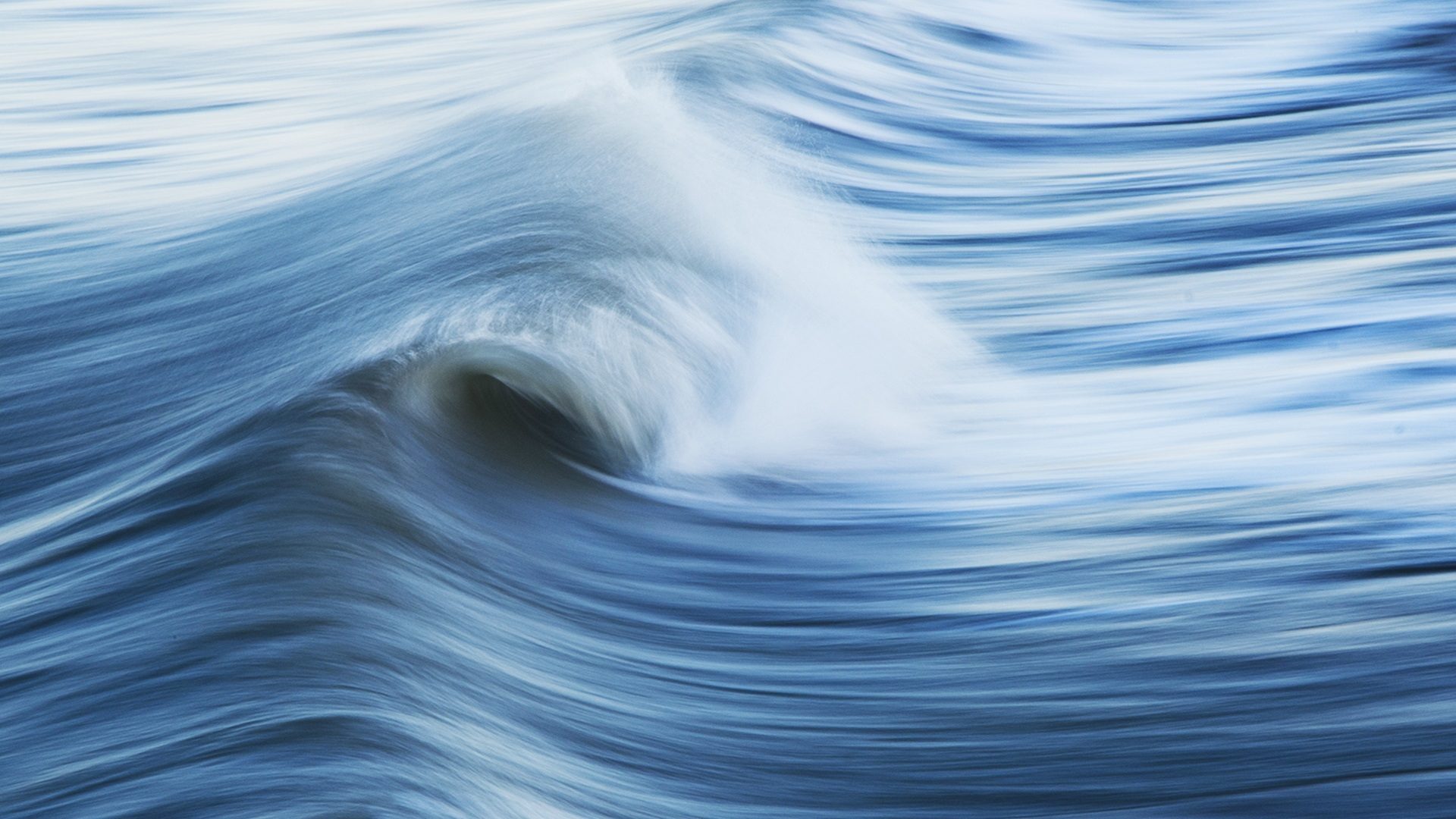 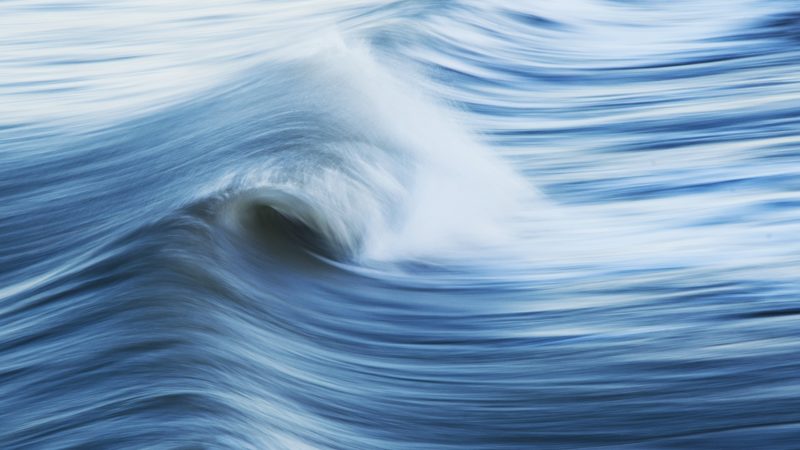 The Ocean is vast; it makes up 71% of the living space on this Earth. It also provides half of the oxygen we breathe each day – that means that every second breath you take is courtesy of the big blue.

The importance of our Ocean isn’t always obvious without delving a little bit deeper into all that it does for us, but in reality, it is vital to our survival. It shapes our planet and drives our climate, keeping it stable – and has a vital role to play in the fight against climate change.

With the responsibility for all of these important things, it stands to reason that we must keep our Ocean as healthy as possible to allow it to continue doing its job. If we don’t, then our weather systems will bear the brunt, and that could have a devastating effect on our planet.

The Ocean can be negatively impacted by climate change but is also a key player when it comes to minimising it. So how exactly does this work?

Whether or not we choose to take care of our Ocean will go a long way to determining how climate change plays out, so let’s dive a little deeper and find out how it’s all connected – as well as taking a lot at what we can all do to help  improve its health and to minimise our impact.

A healthy Ocean can absorb huge amounts of carbon dioxide from the atmosphere. Underwater plants, such as seagrass, can sequester and store carbon at a far greater level than forest and wooded areas on land – yet this rarely comes up in conversations about climate change, when we are all told of the importance of planting more trees.

It’s not just up to seagrass to do the work though, and tiny floating plants, known as phytoplankton, also have the power to suck carbon dioxide out of the air as they grow. They may be small, but they are mighty, too – and are forever working hard beneath the surface, invisible to the naked eye.

Later, animals such as Krill will feast on those phytoplankton, only to be eaten themselves by larger animals, like Whales. This, in turn, means that many of the Ocean’s animals themselves have the power to store carbon. Yep, that’s right – even that big Beluga is instrumental when it comes to fighting climate change.
Globally, phytoplankton absorb billions of tonnes of CO2 each year – which is yet more proof that we truly do need our Ocean to survive. Just think of the impact on our climate systems without it.

The good news is that fortunately, the carbon they have absorbed is not released back into our atmosphere at that point. In fact, it sinks to the bottom of the Ocean, where it dissolves naturally, and Ocean currents prevent it from resurfacing. This means that it never returns to our atmosphere – which you would assume would be a good thing, wouldn’t you?

Yes – and no. There’s no denying that the Ocean is a key player in the fight against climate change, and without it, we could be in a far worse predicament as a planet without its wondrous ways. But just as all that CO2 isn’t good for the atmosphere, it isn’t exactly great for the Ocean, either.

The stony structures of hard corals are made up of calcium carbonate, and corals rely on a particular pH balance to enable them to extract the calcium they need from the water. Without it, they are unable to fully develop of protect themselves, and ultimately, die.

So, while the Ocean is doing a great job at absorbing a proportion of the carbon we produce from things like driving, flying and eating red meat and dairy (the farming process for which generates huge amounts of carbon), as well as from industry, it isn’t without sacrifice. The best thing we can do is to produce the amount of carbon we produce in the first place – which would help both our Ocean and the rest of our planet to thrive.

Where would we be without the Ocean?

Without the Ocean’s currents and they phytoplankton that absorb carbon from the atmosphere, the world would be a much hotter place – and would eventually become too hot for us to inhabit at all. And although the Ocean is currently a key player in keeping climate change a little more under control, if its natural system were to break down then it would no longer be able to help us out.

The Ocean absorbs a huge amount of heat from the atmosphere – in fact, scientists believe this to be as much of 90% of the extra caused by climate change. From droughts to heatwaves, the Ocean has enabled us to avoid all manner of natural, climate-driven disasters – but a glance at the daily news is enough to know that they are happening more and more.

The Ocean is warming – and because water expands as it warms up, more heat means rising sea levels, too. Coastal and low-lying cities could eventually find themselves at risk, and in some places they already are.

But there are things we can do to help

We all have the power to create a positive shift, and just a small drop in the Ocean can create ripples of change.

In recent years, plastic pollution in our Ocean has been a hot topic – because let’s face it, none of us want to see our favourite Ocean animals in distress having ingested the rubbish that we didn’t have to create, or that we didn’t dispose of correctly. But whilst it’s so important that we take care of wildlife, this is far from the only reason we need to protect our Ocean.
The Ocean keeps our climate stable, and it produces half of the oxygen we breathe. We need it to survive. Climate change is a far greater threat to our Ocean than anything else, and to tackle it, we need our Ocean’s help.

But in order for our Ocean to help us, we first of all need to help it, and to do what we can to allow it to thrive. Here are five ways you can get started now.

Reduce your consumption of meat and dairy

The farming of meat and dairy often requires large swathes of land to be cleared first – including trees, which absorb harmful C02 from the atmosphere. Cattle farming also produces high levels of methane gas, which is damaging to our ozone layer, so choosing to eat less meat and dairy in favour of plants will help to lessen your impact on the climate, and ultimately, our Ocean.

Flying relies on fossil fuels, and although initial experiments with using solar power to power planes have proven successful, we are still many years away from this becoming a mainstream solution. In 2020, why not choose a staycation instead of flying abroad – or travelling by land and sea to get to your destination? From the UK, mainland Europe is easily accessible via the Channel Tunnel, while France and Spain can be reached by ferry.

Do without unnecessary household appliances

The idea of giving up your favourite electricals can be enough to put anyone off – but the good news is, you won’t need to give up your Netflix binges just yet. Many of us have a wealth of appliances and devices in our homes that we could easily do without, and you might be surprised by how much energy they require to function. Items like dehumidifiers and fans are some of the worst offenders, and are

Reducing your food miles by shopping locally is an easy way to reduce your carbon footprint – and comes with the added benefit of supporting independent local businesses, which can help to boost the economy in your area. Getting your fruit and veg from your nearest farm shop will mean that your food hasn’t had to travel by plane or boat from the other side of the world to get to you – plus, it will be much fresher, too.

It can be tempting to overhaul your wardrobe with each new season, especially when on-trend clothing is available at such a low prices these days. But pressure to keep costs down and turn around new collections quickly means that environmental corners are usually cut. Vibrant colours and fabrics are created using toxic chemicals that pollute our rivers – ultimately making their way into the Ocean.