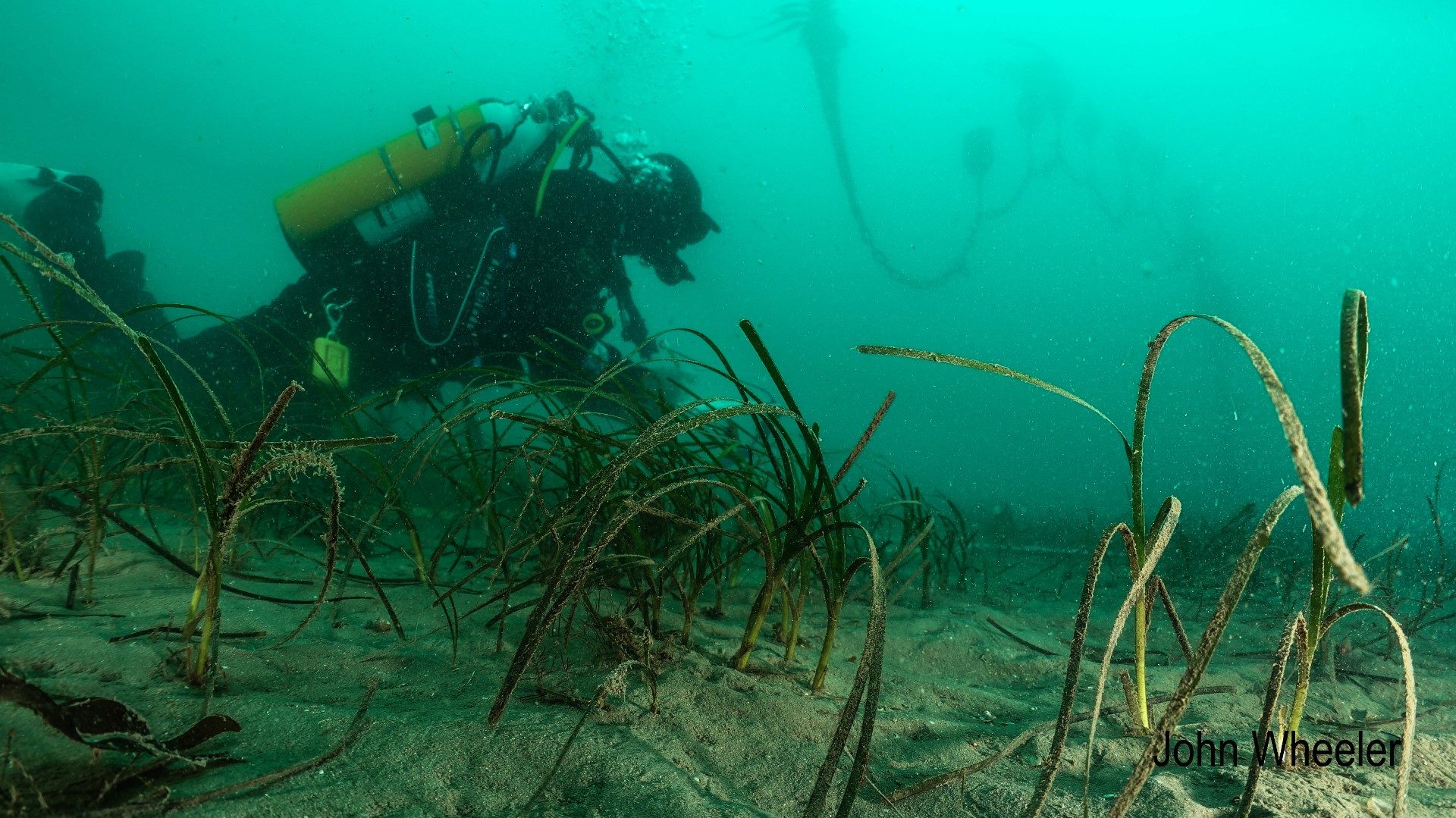 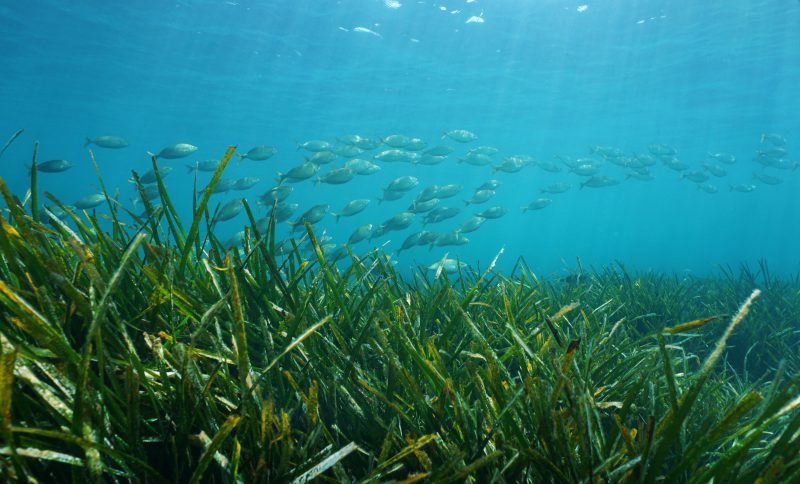 The three-year project aims to protect vital seagrass meadows located in Special Areas of Conservation (SACs) around the UK’s South and East coasts, and will provide environmentally friendly moorings, voluntary codes, targeted training and habitat restoration. It aims to restore eight hectares of seagrass beds that have been lost due to the impact of unsustainable water use.

The five project areas set to benefit include Plymouth Sound and estuaries in the South West, the Solent Maritime, the Isles of Scilly, Fal and Helford. We’re currently in the process of setting up a purpose-built seagrass laboratory at the National Marine Aquarium – our centre of Ocean excellence, in Plymouth – where we’ll be cultivating up to 25,000 plants a year. The aim is to restore up to four hectares of lost seagrass meadows in the Plymouth Sound, and work has already started following the first seed collection. The lab is expected to open for public viewing at the end of March to allow Aquarium visitors to see the plant cultivation in action whilst learning more about the importance of seagrass.

As well as playing a key role in the habitat restoration element of the project, we’re also developing the educational element of the programme and will be delivering it in schools across the Special Areas of Conservation with the help of the Marine Conservation Society. Having spent the past 21 years delivering innovative, Curriculum-linked Ocean learning sessions to schools, we’re excited to be getting our teeth into this new and exciting challenge!

We’ll also be working with the Royal Yachting Association to develop behaviour change in recreational water users, providing them with the knowledge and tools they need to do their bit to protect the seabed and helping them to ‘Think Ocean’ whist in, on and even out of the water.

Seagrass is one of the Ocean’s most important habitats, providing a nursery ground for many commercial fish stocks and acting as a haven for many marine animals including rare seahorses, stalked jellyfish, and rare seaweeds. It also stabilises sediments and prevents coastal erosion, as well as having the capacity to absorb at least as much carbon per hectare as UK forests – making it an important ally in the fight against climate change.

But today, seagrass is considered critically endangered and is an EU Red Listed habitat due to the damage regularly caused to the slow-growing beds from boaters, walkers and fishermen. The meadows are threatened by anchoring, mooring and launching of recreational boats, as well as trampling from walkers and bait collectors.

For the past two years, we’ve been trialling an innovative new Stirling Advanced Mooring System model in areas around the South Devon Coast, in partnership with the Marine Conservation Trust, with the first one installed in Cawsands Bay, Plymouth Sound, back in 2018. The original prototype can be seen on display in the NMA’s Eddystone exhibit, and after a few adjustments is now set to be rolled out in marine protected areas across the wider Southern English coast. The system will prevent the destruction of fragile seagrass meadows by boat moorings in the Westcountry – one of the significant causes of damage to seagrass meadows

Mark Parry, our resident Seagrass Expert, is leading on the project on our charity’s behalf.

“At the Ocean Conservation Trust, we’ve been working towards the protection and restoration of vital seagrass meadows for many years, running the Community Seagrass Initiative (CSI) citizen science project which surveyed the condition of seagrass beds along the South Devon coast, and developing the Stirling Advanced Mooring System that will now be a part of this project. With this in mind, it’s exciting to be playing such an important role in the LIFE Recreation ReMEDIES, and we’re delighted to be working collaboratively with Plymouth City Council, the Marine Conservation Society and the Royal Yachting Association and Natural England to do this important work”, he says.

Nicola Bridge, Head of Conservation Education and Communication, adds: “At the Ocean Conservation Trust, our two key focuses are habitat restoration and behaviour change, and this project is the perfect opportunity to combine the two and make a real difference. As a charity, we recognise that habitat restoration must be coupled with education and behaviour change in order to make an impact – one without the other isn’t enough.

“Our work is all about connecting people with the Ocean and increasing Ocean literacy across the UK, as we know that these form the basis for positive behaviour change. Over 250,000 students have been educated through our experiential, curriculum linked learning programmes across the UK and we have recently initiated the UK’s first Ocean Curriculum through a partnership with the Connect Multi-Academy Trust in Plymouth. We believe that it is vitally important that Ocean topics are taught in schools, to help safeguard its future long-terms – and so we’re delighted to be taking a lead on developing delivering the educational element of the ReMEDIES project.”

We can’t wait to see how this exciting and vitally important project develops over the next few months – and for the eventual results to come to fruition.