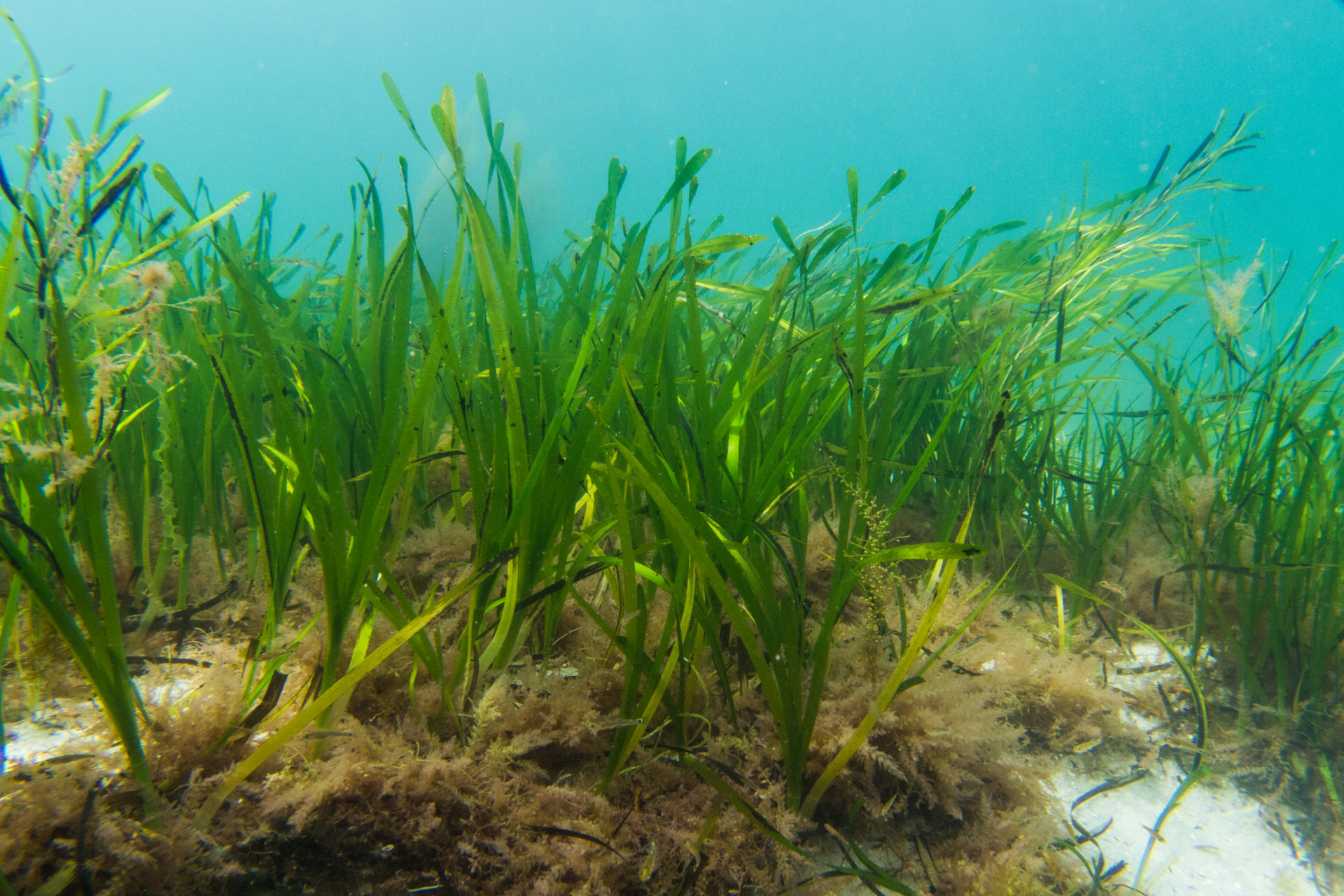 Secrets of the Seabed Episode 4 will take place on 19th May at 6pm.

It will look at the incredible diversity of life we find in our seabed habitats. From the humble whelk to graceful sharks and delicate seahorses, these creatures rely on these places as a refuge and a place to find food.

The majority of our Ocean is not visible to us as we walk by, that means that a lot of the life contained within it is also out of sight. We may glimpse a fin or a shadow under the water, but the identity of these illusive sightings is often a mystery. In this webinar, we aim to bring a little of that mystery to you by introducing the surprising life found in amongst the seagrass beds.

Join us to hear about sharks and how they cruise the seabed and how seahorses need these areas of relative safety to shelter in. We will also find out about the surprising life of the molluscs, our sea slugs and snails which call the meadows home. These creatures and their habitats provide many benefits to humans, and in turn, we can support them by looking after the Ocean.

The Life Recreation ReMEDIES project. Run by Natural England and supported by partners, is working to improve the condition of the habitats found in our underwater world. By working with people and by restoring habitat where it has been lost, we will make the future better for the animals in our Ocean.

Neil has worked with the natural world for the last 46 years and seahorses have been a major part of that work throughout, however he has also worked with dolphins, sharks, seals, other sea creatures, plus elephants, wolves, chimpanzees, tigers and many other land species. He set up The Seahorse Trust in 2000 which has become known throughout the world for its seahorse work; at government and local level, especially with British Seahorses, that he got recognised as a native species and fully protected in 2008. Since 2008 he has concentrated, amongst other sites, on Studland Bay in Dorset, which he achieved Marine Conservation Zone (MCZ) status for in 2019 and at present is working with a group, including Southampton University to install ecomoorings into the site protect the Spiny Seahorses, that go there to breed. As a Rewilder, Neil believes that we need to look at landscape scale conservation as it is the only way humanity will survive, alongside our natural cousins.

When Paul first started SCUBA diving 25 years ago, he could never have imagined that he’d end up being so closely involved in shark and ray conservation. Paul is very proud to be the Managing Director of the Shark Trust for the past 4 years. Paul has been involved in all aspects of the Trust’s work. But in particular he leads on the fundraising and partnership work which keeps the charity moving forward and growing in influence. Paul is a marine biologist by training. But he has a background in conservation communication and education so he is fascinated by how we communicate as well as what we communicate. If Paul had to pick a favourite shark he would go for the Blue. They’re just great looking sharks with a fascinating life history. But then you could say that about most sharks!

Fascinated by the Ocean from a young age, Lizzie came to study Marine Biology & Coastal Ecology at the University of Plymouth in 2011 and became obsessed with the tiny, often overlooked, creatures of the sea. It is one of her favourite pastimes to lure people into the realms of invertebrate appreciation – especially for barnacles which are her personal favourite! Lizzie has worked for the Ocean Conservation Trust at the National Marine Aquarium for four years, with experience delivering educational sessions as part of the Discovery & Learning team and working behind the scenes in Husbandry (both in and out of the tanks!) to look after our animal ambassadors. Lizzie is a keen diver, musician and artist and outside of her role at the OCT/NMA she works as a Forest School Leader and nature connection facilitator