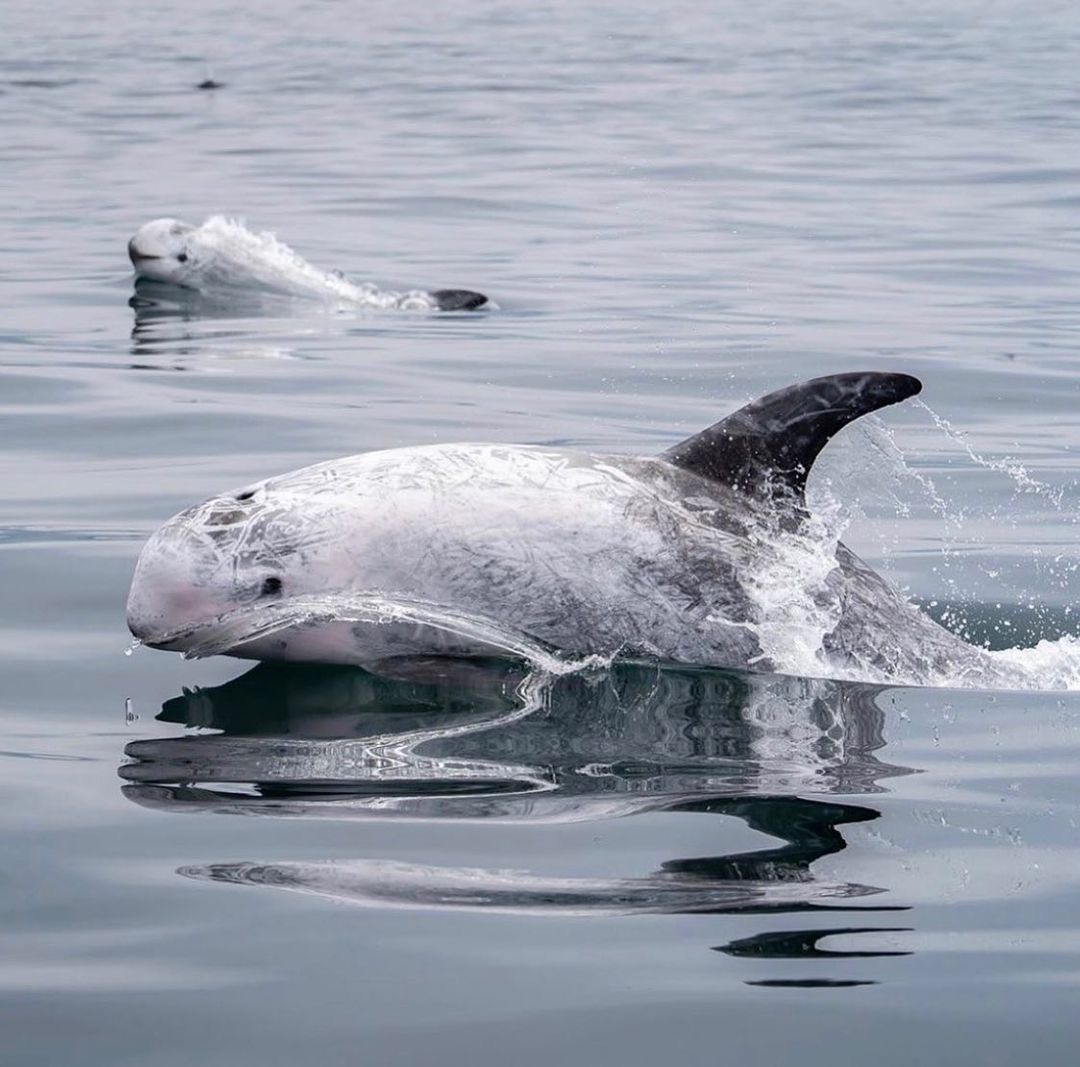 Are there more marine mammals in British waters?

Over the past five years there is evidence to suggest that there has been an increase in marine mammals being sighted off the UK coast.

The species being identified are well known marine megafauna that until more recently hadn’t been recorded so close to the UK. Many of the visiting species rely on tropical and temperate waters for at least part of their lifecycle. So it is interesting to see such charismatic animals such as toothed and baleen whales now spending more time along the British coastline.

We are beginning to see Humpback whales visiting the Scottish, Welsh and Cornish coasts to feed. We also see a higher number of Minke whales moving through our waters, super pods of short-beaked common dolphins, Risso’s dolphins and for the first time ever John Coe, a resident Scottish Orca travelled all the way down to west Cornwall!

So why are we receiving more visitors? Or are we just better at spotting marine mammals now?

With the global increase in temperature due to climate change, there is data to suggest that the British Isles and the waters around it are beginning to warm slightly too. This warming effect could increase populations of plankton and krill in the summer months, the main food source for baleen whales and filter feeders such as basking sharks (which are also being sighted more regularly too). Although this could explain certain species being present, it doesn’t explain why Wally the walrus (a cold-loving species) has appeared and is happily living in Wales.

The potential increase in krill could be beneficial to species like humpback whales that make the long migration from their breeding ground in the tropics to their feeding grounds in the North Atlantic. The British Isles is a good refuelling stop.

Another theory is that due to a global ban on whaling (which most countries adhere to) there has been an increase in the population of humpback whales across the globe which could lead to more individuals stopping in to feed along the UK. But this doesn’t necessarily explain the presence of other species which are also on the increase around our shores.

The less exciting answer could be that more people are taking an interest in the Ocean and its inhabitants, have cameras at their disposal, and are able to capture these rare sightings and share them with the world. If this theory is true it means these cetaceans (whales, dolphins and porpoises) have always been here, we are just able to collect better data on them.

Whether or not there is an increase in sightings due to more people reporting, or actually an increase in cetaceans in UK waters still remains unclear.

Whilst we can speculate, the scientific world has not yet reached a definitive answer as to why we are seeing these exotic migrants in the UK, but we are hoping that more research over the coming decade will help clarify this subject.

For now, we are just enjoying seeing such amazing animals so close to home.