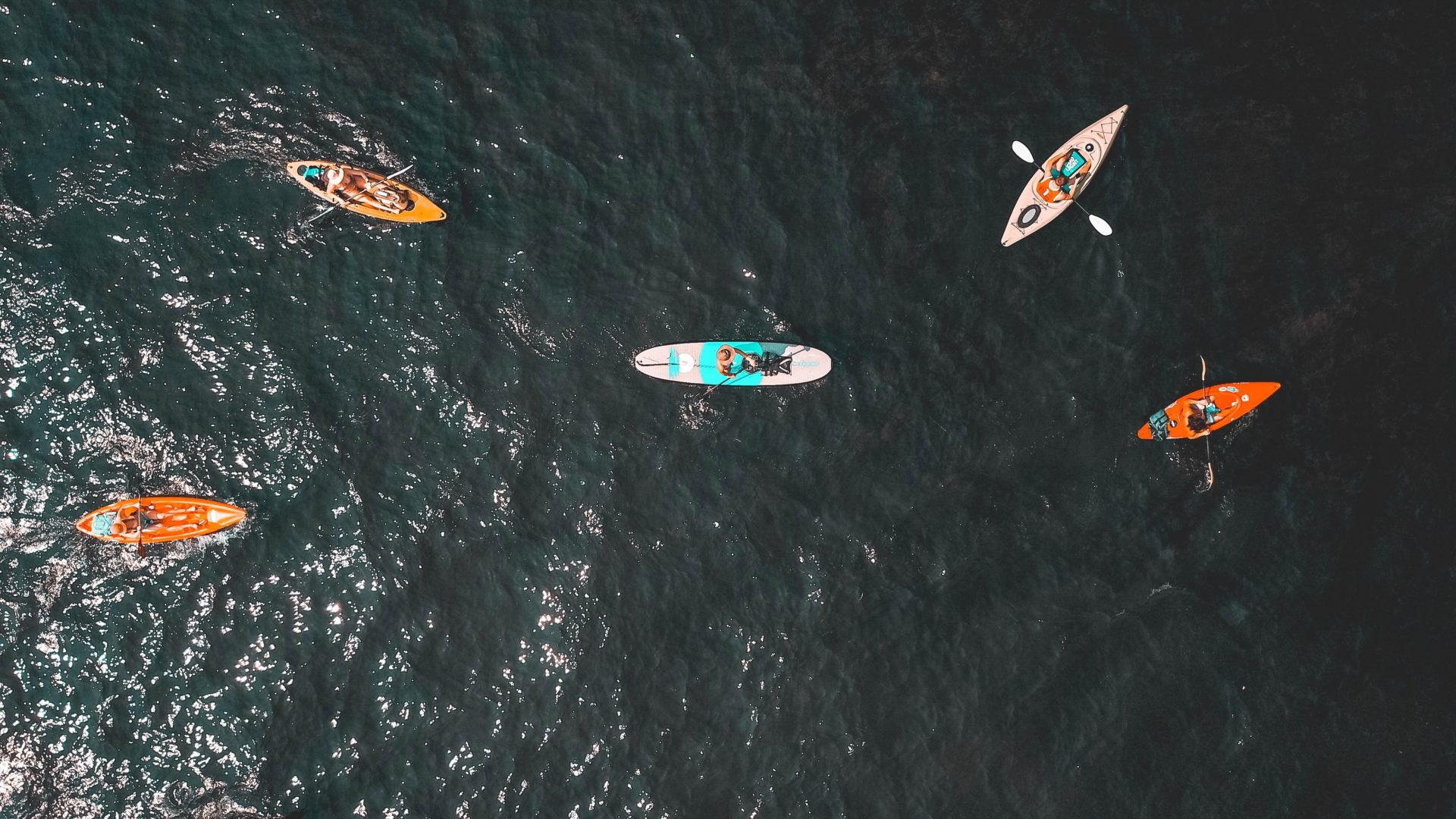 Colouring, the Ocean and Wellbeing

Have you ever wondered where humans got their creativity from? The truth is, we have been creative since the late Stone Age. Over 70,000 years ago, early humans were developing the ability to visualise shapes in their minds and translate that into drawings and carvings – and these objects and paintings are now considered to be the first pieces of art ever created!

As time has gone on, humanity’s artistic endeavours have developed and changed, but what inspires us has not. The Ocean and our relationship to it has featured in artwork since 12,000 BCE, with the earliest known piece of artwork inspired by the Ocean a rock carving of a reed boat found in the Gobustan Petroglyph Reserve in modern Azerbaijan. The Ancient Egyptians were also heavily inspired by the Ocean; depictions of people hunting birds from boats can be found in decorations within Egyptian tombs. The Ancient Greeks were equally enthralled by it, and painted ships and mythical creatures on vases to tell stories as early as the 1st century BCE. There are many other modern examples of the Ocean inspiring artwork – in fact, Ocean scenes are one of the most popular subjects of art as of 2017.

Nowadays, the benefits of the Ocean and other scenes of nature are becoming clearer. We are beginning to realise that not only does the Ocean provide food, a home and inspiration; it also provides us with improved wellbeing, too. Research conducted at our centre of Ocean excellence, the National Marine Aquarium in Plymouth, over the past decade by Dr Deborah Cracknell showed that watching an aquarium exhibit calms you down as well as significantly reducing your heart rate. The restorative effect of nature can even be felt by looking at photos or having natural views out of windows; studies show that patients recover faster and better if they have a view of trees outside their windows.

This restorative effect of the Ocean goes hand in hand with the benefits of art and creativity. In 2017, a report called “Creative Health: The Arts for Health and Wellbeing” detailed the health benefits of engaging in the arts, whether it be drama, painting, music or a mixture of everything. The key messages of the report are:

In recent years, the trend of ‘Adult colouring books’ has developed and our understanding of the benefits of colouring as adults has improved. There’s growing evidence that replacing looking at electronics with colouring can help adults get a better night sleep, as well as helping them to concentrate their minds as much as meditation.

Colouring is also considered to be a great way for adults to relax and reduce levels of stress, providing escapism from our busy lives. There are practical applications for colouring too: colouring has been used to ease people living with post-traumatic stress disorder onto more challenging art therapy. The low cost of materials also makes colouring a very accessible form of relaxation that can be enjoyed by all who partake, it is generally considered to be more effective to colour in a pre-drawn picture than drawing alone.

All in all, using the Ocean to get creative is the perfect combination. Whether it’s taking photos of fish in an aquarium, painting Ocean landscapes, colouring in art books or just capturing a moment of peace looking out of your window, the Ocean can provide many benefits to all.